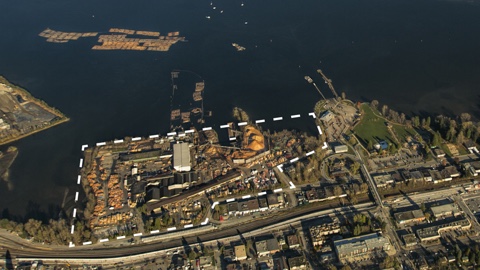 The dream to create a new waterfront community in Port Moody has been in the works for close to 2 decades. In 1998, City of Port Moody published the Waterfront and Area Economic Visioning Document. In 2003, the City of Port Moody reviewed and updated its Waterfront and Area Economic Visioning document. In 2008, City of Port Moody undertook an Official Community Plan review where the Flavelle site is designated as an area for redevelopment. In July 2014, the City of Port Moody presented four land use amendments for the proposed OCP, which included the Mill & Timber site, to the Greater Vancouver Regional District’s (now known as Metro Vancouver) Regional Planning and Agricultural Committee (RPAC) and Board of Directors. The GVRD declined the City’s request to amend the OCP land use for the Mill & Timber site; however, a “special study area” designation was placed on the site, which acknowledges that the land could be used for urban types of development and would undergo an amendment to the Regional Growth Strategy (RGS) designation. In 2015, Flavelle again cooperated and worked with the City of Port Moody to initiate the amendment for the OCP. On June 23, 2015, Flavelle submitted the OCP amendment application to the City of Port Moody. On May 25, 2018, Metro Vancouver Board of Directors approved the City of Port Moody’s request to amend the OCP land use for the Flavelle site. The Metro Board also accepted the City of Port Moody’s amended Regional Context Statement showing a General Urban regional land use and removal of the regional Special Study designation. On June 12, 2018, Port Moody City Council  amended the Official Community Plan at a final reading.  The next step is for Flavelle to initiate a rezoning application and at this point no decision has been made to begin this process. 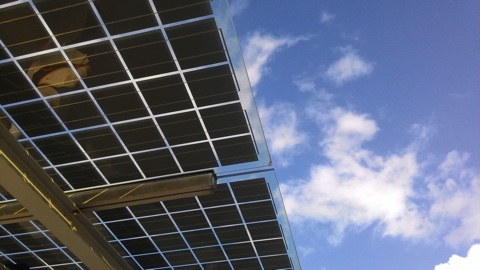 This is 54 acres of waterfront property located between Savona and the Tobiano Golf Course.  It is approximately 20 minutes West of Kamloops on the Trans Canada Hwy.  We are in the diligence phase of developing alternative and sustainable energy production methods that will work in conjunction with the company’s plywood operations.

The site includes 18 water front lots on Kamloops Lake which we are in the early planning stages of creating a full service campsite along the shore. 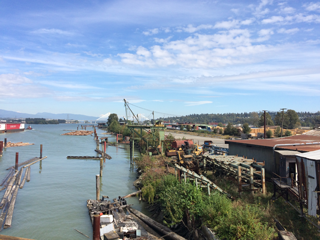 “The City of Surrey is actively promoting the redevelopment of this high-profile entrance to Surrey“. The Mill and Timber site is adjacent to the South Fraser Perimeter Road and has access to the waterfront.  It is comprised of two parcels of land between the CN Mainline on the south shore of the Fraser River in Surrey. The North side of the tracks houses the “large log” Mill & Timber sawmill  operation. Several industrial users are located on the south side, including: truck storage, lumber reload and the AP Group Head Office. We are in the process of evaluating various industrial development options for the south portion of the property while maintaining the sawmill. 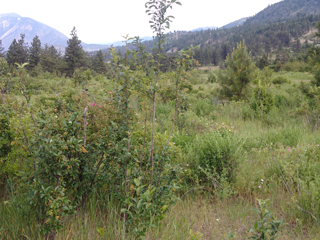 This 100 acre site is located on the south east bank of the Fraser River in Lytton.  We are currently reviewing a range of options from industrial to agricultural.